What is text neck? It is a relatively new phenomenon that is causing many Americans to experience neck pain and discomfort. It is a term used to describe the neck pain and damage caused from looking down at your cell phone, tablet, or other wireless devices too frequently and for too long. 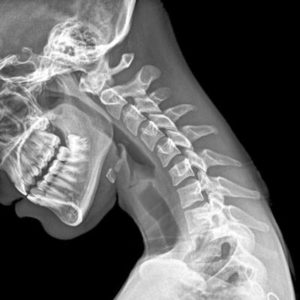 The human head weighs about around 12 pounds. But as the neck bends forward and down, the weight on the cervical spine begins to increase.
At a 15-degree angle, this weight is about 27 lbs, at 30 degrees it’s 40 lbs, at 45 degrees it’s 49 lbs, and at 60 degrees it’s 60 lbs. So when you are looking down at your phone or tablet, its like you are carrying around a 60 pound weigh on your head. This causes the normal forward curve of the neck to actually start to straighten out or even reverse the curve in the neck. This loss of curve can lead to many different symptoms, the main one being neck pain and stiffness. If not corrected, it can lead to long term problems and can accelerate the degenerative process also know as degenerative joint disease.

Dr. Gibson at RTP Chiropractic in Morrisville NC has treated many patients that experience neck pain from poor posture. The main goal is to relieve the pain associated with the poor posture. The next goal is to retrain the muscles and joints in the neck to function the way they were designed too. This can take sometime but with the proper stretches and treatment, this issue can usually be resolved in a few weeks.